That Was So Embarrassing: Blushing, Flushing, and Other Woes 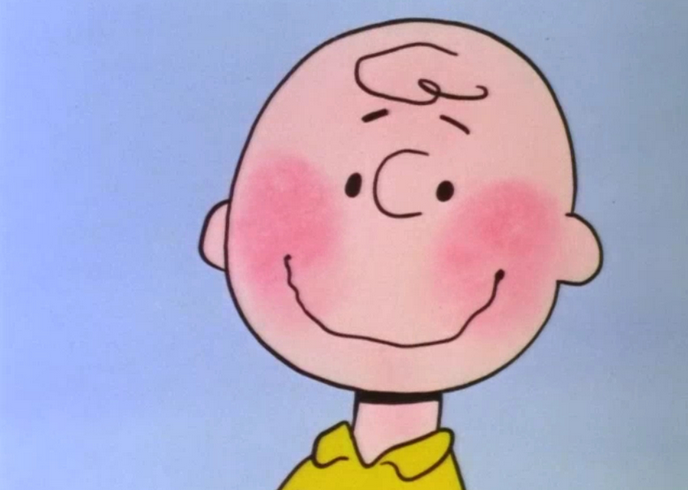 I write this in the comfort and privacy of my home, on the couch, among my cats and the warm glow of a lamp. However just 15 minutes before, I was in a grocery store, mortified, blushing, and the most uncomfortable I’ve been in awhile. Under the bright florescent lights one could see every emotion, every color, of my hair, clothing, and most importantly, face. So what happened?

I was in the check out line, completely not paying attention to what the cashier was doing (I was reading the cover of some crockpot magazine; I did not know you could make desserts in crockpots!) when the cashier told me my grand total. I was confused by his question because I saw my two pieces of neatly wrapped fish still on the belt.

“Sorry, I still have those two pieces,” I told the cashier.

“I rung your fish up already. Those are the other gentleman’s, right?”, he asked the man standing in line in back of me, who coincidentally had the same two wrapped parcels as I did.

This is the part where it got really embarrassing for me, and probably for you reading this as well.

“Oh, yeah sorry about that,” I tell the cashier, putting my reddened face down, obviously humiliated.

“No worries. Oh you’re turning red! I do that all the time, don’t worry,” says the cashier, adding to my humiliation. (Here’s a helpful tip: When you see someone turning red, don’t call them out on it. You’re kinda making it more uncomfortable).

At this point I don’t even care.

“Yeah, I’m pretty embarrassed right now, “ I say, cause what else can I do at this point? I am guilty, might as well own up to it. Cause I can feel my cheeks burning, turning redder.

“Yeah you’re getting redder. I’m so sorry about that. Don’t get more red!”, says the cashier, who at this point I’m not really sure is actually sorry, socially inept, or both. This guy was just serving me man! It was probably the most awkward thing ever to have my embarrassment pointed out, then told that I was actually getting redder. Is that possible?

So at this point I was done paying, and was basically repeating out loud that I was embarrassed until I left the store.

To some, this probably sounds really weird. Why get so humiliated over something as silly as already paying for your groceries? I honestly can’t give a proper explanation. I have got red over things I didn’t even know were embarrassing to myself until I literally felt the hotness on my cheeks. To others, this may sound like a frighteningly familiar story, a story you know all too well.

As soon as I walked out, cursing the gods, I wondered why this happens. Why do we blush when we get embarrassed? It seems like there’s absolutely no good reason for blushing to occur. I’ve always been into evolution and why humans have evolved to do the weird shit we do, but I can see no way it just benefited me right now; in fact, blushing makes me instantly feel like a weaker individual, not comfortable in my own skin. I’m someone who prides myself in who I have become, the things I’ve gone through, my strengths. Flushing bright red is definitely one of my inherent weaknesses that instantly come to mind.

Naturalist Charles Darwin thought that blushing made a person “suffer and the beholder uncomfortable, without being of the least service to either of them.” I chuckle to myself because this seems pretty true. It’s uncomfortable for me to watch others blush; I will try my best to direct the conversation (tactfully) in another direction, or pretend I didn’t see it, to preserve their self-concept as well as mine.

If only we could look like cute little anime characters when we were embarrassed.

When people call others out for blushing, I can literally find no good reason for it. I can theorize that some people are just naturally talkative and oblivious, and calling out someone is just another thing for them to talk about. Or perhaps they’re confident individuals who never blush, so they have no idea what it feels like. Or maybe they do, and they just don’t care.

Turns out psychologists don’t see flushing red as a disadvantage, but rather a symbol of one’s trustworthiness and modesty. Psychologists theorize that embarrassment “reveals that a person cares about others a values relationships,”(Breines). When we blush involuntarily (there’s no other way one can do it) we are communicating to others that we are ashamed by the way we have just acted, which in turn implies we feel bad about what we have just done to others.

But what does that have to do with trustworthiness, you ask? According to experiments done by researchers, blushers are viewed in a more positive social lights by others. For instance in one experiment, a trust game, participants endowed more of their resources (raffle tickets) to embarrassed individuals, “compared to individuals with proud or neutral expressions,”(Breines). In addition participants who showed obvious, high levels of embarrassment (compared to low levels) for equally embarrassing stories were judged by others as “more cooperative and trustworthy, and less selfish and manipulative,”.

And now the overly embarrassed woman (myself) weighs in: I can attest to this because definitely see myself as pro social. I avoid social conflicts when I can, and try to mediate them when they arise, especially when in personal social circles. I suppose this qualifies me as more cooperative; I essentially play well with others. I try to be as nice as I can to people, especially those who are kind of intimidating (is this also a survival mechanism?) and I try to befriend everyone I can, even those that people have issues with (unless I see the issue as warranted; even then it’s difficult for me). You can see this is either a blessing or a curse. On one hand, I am the most true to myself because I am maintaining peace within groups, which makes me feel the least bit anxious. On the other, am I truly being real with myself when I am still being cordial with someone who my loved ones have legitimate issues with, issues that I too recognize?

Moving on. Sociologist Erving Goffman suggested that when someone breaches social norms, they break the unsaid rules of respect and demeanor “that are the substance of smooth-flowing social interactions,”(Flustered and Faithful). When you show embarrassment, you are actually showing the other person that you care that you messed up, amending social relations. So when I turned as red as a fire engine, that was just me saying my bad for accusing the cashier of not ringing up the rest of my food (I know, I broke such a terrible social norm). When you turn bright red for getting someone’s name wrong, that’s your body saying it’s sorry for not remembering their name.

Deep into my research and I’m still not completely convinced about embarrassment’s usefulness. Give me the details of what earlier humans, say 40,000 years ago, were doing that caused this involuntary reaction to stick. I found that psychologists have an idea: Thousands and thousands of years ago there was a high chance of betrayal, especially back in the day when our ancestors lived in small hunting-gathering groups where the environment was ruthless. It was everyone for themselves, and deceiving was only a part of the game of survival. That being said, it “would have been foolish of our ancestors to take at face value a person’s verbal or behavioral expressions of remorse,”(Bering). The evolution of blushing as a legitimate social cue of someone’s shame would have been an excellent prediction of if that person was telling the truth, and if they would commit the same faux pas again in the future.

Take this example: In your particular hunting-gathering group of about 20-40 people, a stash of fresh deer meat has been mysteriously stolen. The group tries to figure out who has taken this precious resource. One person (some asshole) tries to say you did it, which you clearly did not. They throw you in the middle of the group, pointing fingers, jeering, calling you a thief. You blush fiercely, embarrassed and ashamed by the remarks being thrown at you, begging everyone to understand that you would never do such a thing. Members of your group recognize your instant reddening, and take it as sign of your innocence, seeing that you’re obviously so ashamed of the mere accusation that you could do something so malicious to your own group.

It turns out whether 40,000 years ago, or in present times, blushing can legitimize someone’s trustworthiness when they have been accused of doing something wrong(also if they really have done something wrong). This blush saves one from something much worse than embarrassment, like the end of an important relationship or friendship. And you know what? I can appreciate that bit of evolution being passed on.