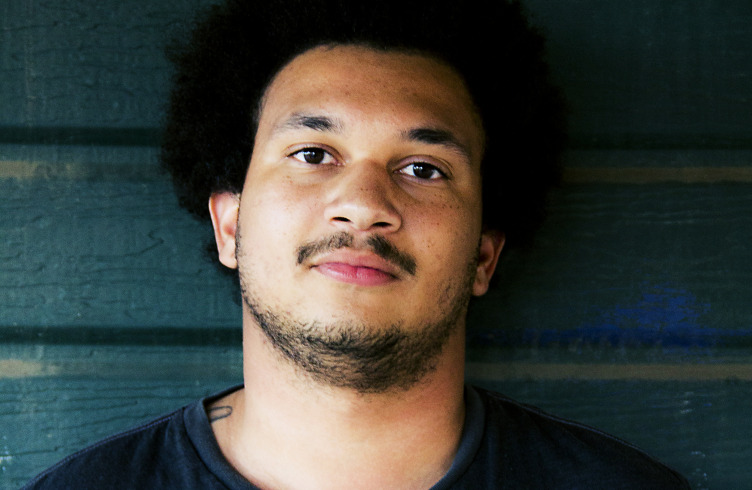 And we are on to the next: Shaun Lebby. This guy is by far an eclectic individual. Eclectic and unusual.
And I don’t mean that in a bad way. This is suburbia, where you encounter people who all seem far too similar to compare. And then there are people like Shaun. People you can’t find in just any building you walk into. People who have a mind of their own, who think freely, without regard to the complacency of society.

And this is the best part…in my attempt to define this character, I realize his answer to what he believes suburbia to be is exactly the opposite of whom he embodies. This is the only response he gives me about the question of the matter: “It’s a place where people are afraid to stand out.” Truly fitting. 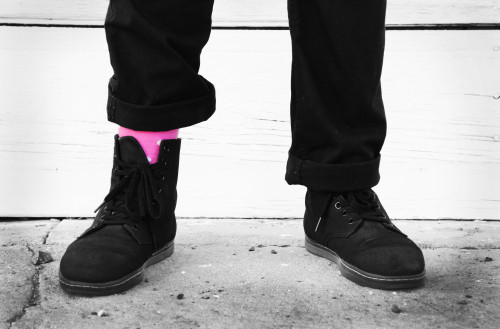 Shaun Lebby is a 23-year-old artist who creates all different types of work to include mediums such as drawing, painting, Photoshop, and screen-printing. He is most fascinated with anatomy and figure sketching. He is a creator who is all about technique. He enjoys the art of processes, where things come together step by step, even if he may not exactly like the finished product. He compares it to manipulation and primitive work. Shaun has lived in the bright sunshiny town of Temecula for about seven years, having lived in New Jersey prior. He lived with his mom and stepdad in which at the time, he didn’t know what else to do, but draw.

And thus, in the basement of his mom’s house, began his passion for art. I ask him what he feels are the differences between the two places he has lived and he chuckles: “Everything…from food to transportation.” So I am curious if he feels the same about the people who reside in either state. He leaves me with a lot to ponder. “People are the same everywhere you go, so I don’t really count that…you have good people and bad people and you might have a lot of bad people but at least you have few good people.” In suburbia he believes “a lot of people are shunned, like in their own little world.” He proceeds to give me an example of how if I were to bump into somebody in New Jersey on accident, I would most likely get an “excuse me motherfucker” response, which though seems slightly rude, can actually prove to be a good thing because you are given a moment of human connection. Whereas here in suburbia, we don’t acknowledge each other and we seem to have a fear of confronting another person. Now back in New Jersey, Shaun used to live in a more ghetto town, in which he constantly worried about his mom arriving home safely. He adds that public transportation added a lot of stress. Fortunately, he was able to use this stress and implement it into his drawing. “Having stress helps out a lot with no matter what you do. For example, you have a piece of rock, it under goes constant stress and pressure, and over a certain amount of time it eventually becomes a diamond.” This analogy was greatly astute, and in that moment I was extremely thankful to have such intelligent interviewees who could provide me insightful reminders about the nature of life.

Shaun goes on to say that in suburbia there isn’t much to stress about, so it can be easy to get into a destructive pattern in which you could start getting yourself into trouble. Perhaps this is why people who never leave this town can be found on social networks with pictures attending party after party, alcoholism readily apparent. 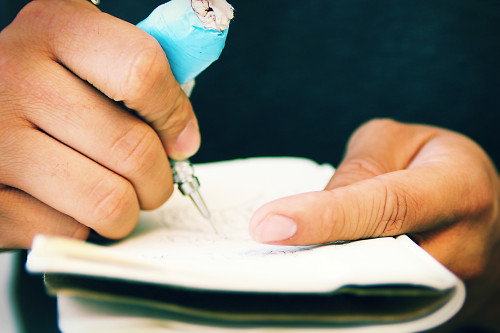 Speaking of social media, Shaun finds great use of networks such as Facebook and Instagram to redeem his art. He explains, “It’s how I validate myself,” in which his motivation is stemmed from both intrinsic and extrinsic value, in which through social media he finds both competition and inspiration. But let’s take a step forward and understand Shaun’s stance on escaping the social constructs of the society we live in.

I hope you’re prepared for this because it starts off a little weird, but then it really comes together: “So first, you gotta turn up (while consuming alcohol of course). So I put on as much ignorant music as I can find and it works because it gets the brain juices flowing. After a while, it’s got to stay on idle so I’ll put on some Flying Lotus or Teebs or Lapalux. Much of it are familiar sounds and samples but arranged in an unfamiliar way.” (The previous statement says it all.). “Every piece of art has been done before, but it’s just re-interpreted. For example…in The Goofy Movie, there is a scene in which the main character utilizes a pose that is actually from Michelangelo’s ‘Sistine Chapel.’” And you’d never really know it unless you were knowledgeable on art history or paid the least bit of attention in your Introduction to Art class. To reiterate, “everything has been done formerly, it’s just about redoing it in your own way.”

And this is what suburbia tends to struggle with. “People aren’t open, or willing to go deeper,” they only know what is right in front of them and tend to only see what’s extremely popular or ‘mainstream.’ In suburbia, most don’t understand or appreciate the origins of creativity or art. Shaun states, “We like to pick and choose” whereas he believes that “everything in life is a give and take, and that’s exactly how it should be.”

“I want to have a lasting impression on somebody…I know if I die tomorrow I already have one on a few people, but I would like to have one on somebody I’ve never met.” He insists on delay of gratification, because if it were given to him today, he knows he would be slacking.

Through all of my social encounters in this suburban town, I have never encountered another Shaun Lebby. 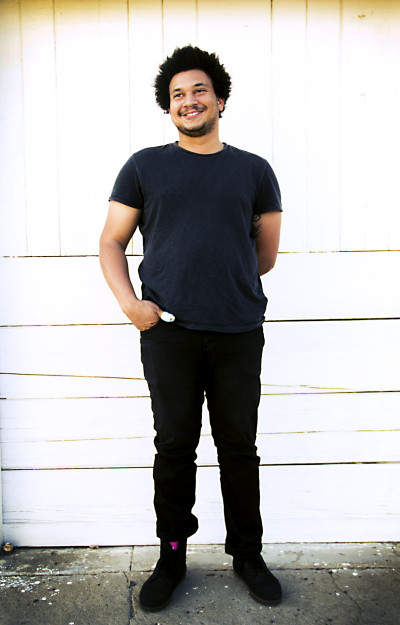