My Musings On Barely Being Born 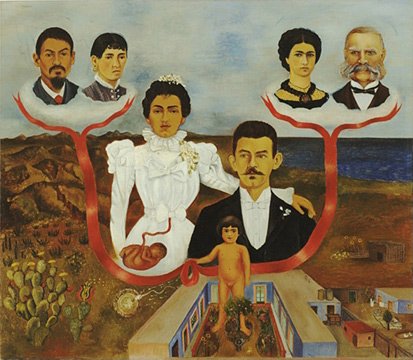 Have you ever wondered about your ancestors? Have you ever thought about their personal choices in the past, and how imperative they were to your existence? Or how the choices of unpredictable forces, like that of a tyrannical mad man, affected you? I have. I almost wasn’t born, for reasons I will go into detail in the next few lines. 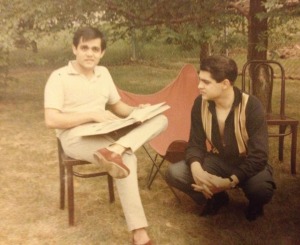 My Abuelo,left, and his brother. Cubanos por vida.

For instance, my Abuelo migrated from Cuba to the U.S. in the 50’s to be with his lady friend ten years his senior; in addition, Fidel Castro’s dictatorial clutch on Cuba was a catalyst for my Abuelo’s departure. I just can’t help but think that if Castro wasn’t as terrible as he was, that my Abuelo would have never left Cuba. And if he never left Cuba, he would have never met my Grandmother in the States. Likewise, I could entertain the fact that without my Abuelo’s joie de vivre and sense of adventure, I wouldn’t be here. Either way, what it comes down to is our ancestor’s personal choices, and the personal choices of those around them, that ultimately control if and when we come into existence. As author Christine Kenneally put it, “the vast forces that shaped the history of the world shaped us and our families as well.”

Looking at history allows us to see how many roadblocks our predecessors faced when simply trying to survive, yet alone procreate. When descended from a New World family, one must acknowledge the tribulations faced by our Indigenous ancestors. My ancestors from Pechanga reservation had to deal with the fact that they were forced onto Federal reservation land by the government. They were expected to assimilate and survive through farming, like the settlers did. The problem was the reservation soil was barren, and completely unfit to farm. Hunting and gathering like they had been doing since time immemorial was out of the question; they were pushed away from their usual spots so that settlers could have room to establish their town, without the Indians bothering them I presume(if my sarcasm was lost on you, sorry bout it). 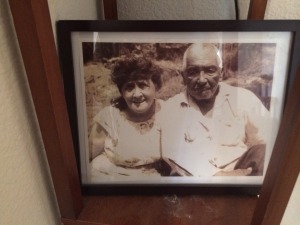 Learning this truth no doubt brings one to wonder if these calculated government actions were implemented to make the Native population lower; by my family’s account, it almost worked. My great-great Grandfather, Juan Macarro, had no fewer than five children; only one of them, my great-Grandfather, survived. Without him the entire Macarro family wouldn’t be here, myself included. We can speculate that hunger and poor health conditions led to the near extinction of not just one Native family, but many. Was this due to the personal choices of my family? Perhaps, but I point my tattooed, perfectly polished finger towards European settlers, and ultimately the U.S. government’s apathy towards our people.

Shifting over to the Old World now, in Eastern Europe. Belarus to be exact. This is where my great-Grandmother’s family is from, Ashkenazi Jews. In the 1940’s the climate was not too good for Jewish people, and we all know of World War II. One could place the blame entirely on Adolf Hitler’s choices, which I do. His methodology of exterminating the Jews was borrowed from the United States genocide of Native Americans, and Hitler often commented on “the efficiency of America’s extermination”. He gained insight for the Jewish holocaust by learning from the American government and how the forced relocation of Natives onto reservations caused population decline by starvation. This brings to mind the connection to concentration camps, where Jews were forced to go and food was scarce. Once again, due to outside choices, my ancestors’ lives were threatened. I’ve heard horrifying stories of some of my Jewish family in Eastern Europe that were taken to concentration camps, and buried alive. Our family doesn’t know much about our Jewish side, but we do know that our great-Grandmother Dorothy was able to escape and make it to Ellis Island before the Nazis began their genocide.

It is almost unimaginable that many of my ancestors’ lives were subject to the wills of ordinary people’s choices; that their potential lives were sometimes cut too soon, because someone, or a group of someones, didn’t want them around anymore. The fact that in history, we become mere dolls to satiate someone’s need for power and play is unfathomable, but that doesn’t make it any less real. History isn’t something that happens in the past and then ceases to lose meaning once time goes on; its effects continue, and reveal themselves in our very blood and DNA, or lack of. Sometimes we make it, sometimes we don’t. Understanding that some of our ancestors were put through systemic genocide should help us appreciate our lives we have in the present. Knowing the atrocities they went through, and that for some, their existence was challenged, should make us realize how infinitesimal our lives truly are. This is where the ego and community collide, where we realize that there were figures in history who would literally kill so that our ancestors had no surviving generations. Where we realize that without our ancestor’s will to continue, we would never be here. And this is where we realize our predecessors would never let those figures’ choices completely conquer us, and with us simply being alive, we have defeated them.