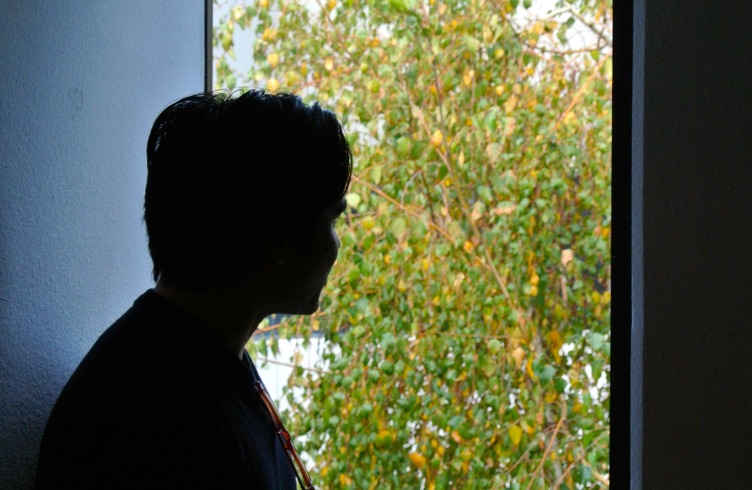 This is Kyle Napalan: College dropout and lover of music. It’s in these two things that inspired this 25-year-old to start The Dial collective. 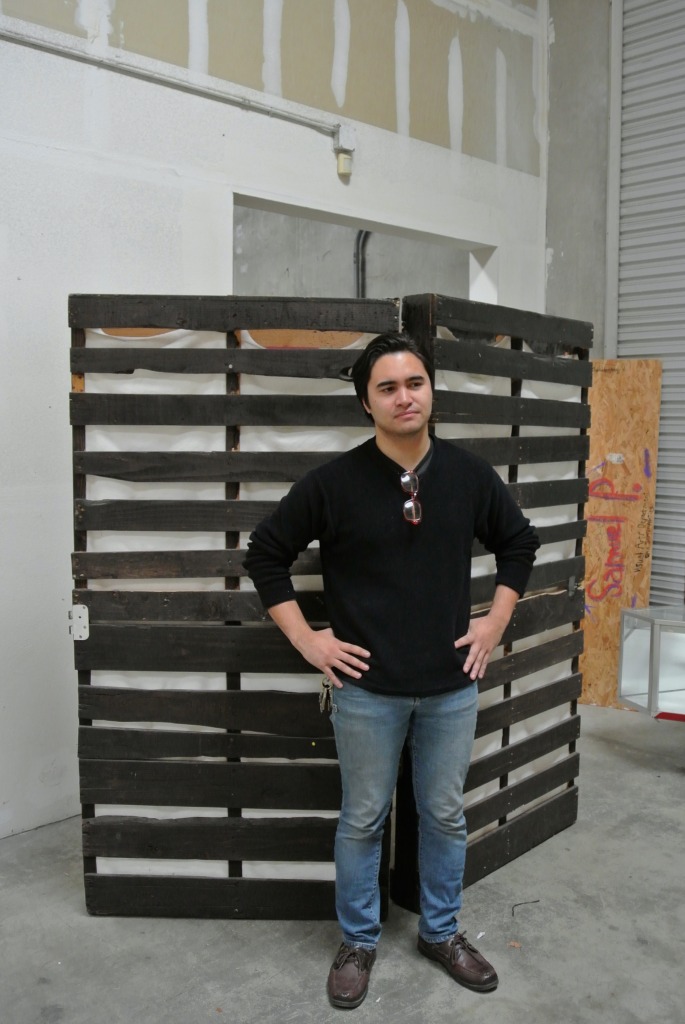 “The Dial is a non-profit community center where they showcase and allow society to be able to cultivate culture through community engagement and artistic means.”
Kyle attended an Art Institute shortly after graduating high school, where he felt he was being swindled by the college system. He always felt belittled by school and that the systems essentially take advantage of young children’s money. There was a turning point where he decided he wanted to explore how people could use a space as a creative outlet, away from the structure implemented in society. The idea to start this collective was discussed among many other peers, and with the support and help of friends, Kyle was able to respond accordingly. 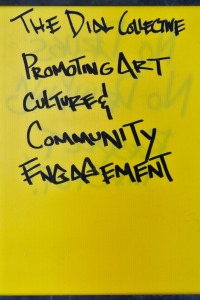 “Leadership is setting the example, not creating the standard.”
The Dial became a DIY (do it yourself) space with an infrastructure based on a non-hierarchal system. There is a board with set up responsibilities, departments that hold people accountable with things such as finances and paperwork, and implemented team leaders that give members an opportunity to be responsible through exploration of ideas, arguments, and direction.

“I wanted a space where people don’t have to deal with an ego; I wanted to have an environment where people could explore other people’s intentions…”
The Dial operates as a non-profit organization. Everybody who works there, works for free. Here is an organization in which others give their time and commitment without expecting monetary reward in return; quite a basis for a shift in individual consciousness. Kyle insists that it was a natural decision, a reflection of support. 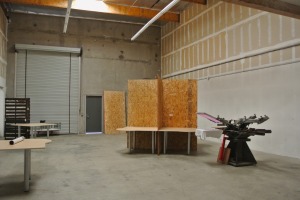 “We’ve opened a garden for people to plant their ideas. Without the support of society you take away homes from the counterculture that’s needed to exist and grow. And if society doesn’t support those spaces, it restricts and takes people off the wayside, because they don’t belong to these boxes suburban communities have built.”
The Dial has no target market, rather an all age audience, literally. Kyle expresses he thought he would see mostly older teenagers and twenty year olds at events, but quite surprisingly has all ages enter and exit through their facility. There are absolutely no boundaries of prejudice. The Dial hosts whatever media the community wants whether it be open mic, music, comedy, galleries, or workshops. Every event or show acts a fundraiser for the collective. 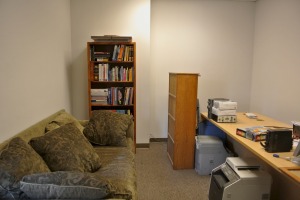 “If you don’t put 100% into something, you can’t expect a 100% back.”
One of the main reasons Kyle dropped out of college was to focus on making The Dial a reality. He had to sacrifice one avenue of education in order to maintain his artistic endeavors. Kyle points out that nobody wants to work to make a living and essentially, it’s in your mid to later twenties that we find ourselves in our “grinding period.” Along with his persistent efforts into The Dial, Kyle also has another job at his mom’s dentist practice in which he works about 30 hours a week. He stresses it’s just about enough to get by.

“Life is hard, but my life feels fulfilled.”
Kyle has lived in Temecula since 2004. He sees this town as a blank canvas, more specifically having no subculture that one has to impress.There isn’t a prevalent underground mentality yet in this city. He insists that now is the perfect time for people to make their mark, where it’s easier now to maneuver through the open space available. 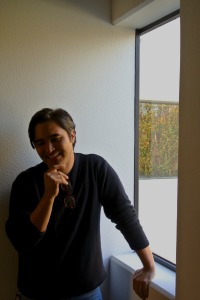 “…You feel like you’re in a maze, just going with the motion of corporations constantly manipulating your environment.”
This is suburbia in the eyes of Kyle: Idealistic. He explains that the idea is nice, but it seems to stunt creative abilities because standards are set and placed within the system. Furthermore, he believes suburbia to be placed in the context of safety and pretext of what is supposed to be.

“Raising a family is nice, but parents should realize children need to be able to explore themselves as well as their environment.”
Existentialism is important. Upon reaching teenage years, most kids find themselves in an identity crisis. That’s where Kyle steps in; small community engagement gives people a chance to find their own character. It’s in Kyle’s work with The Dial and others alike that he keeps himself motivated by each other’s synergy. He is constantly pushing and striving to be better. 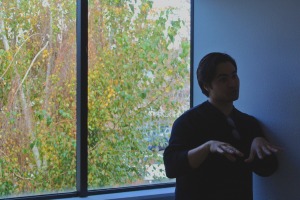 “If we were alone doing our own thing, half of us wouldn’t be at the point we are.”
With this being said, recently there was an unfortunate shutdown of The Dial’s space they were renting. The city police decided to act on stigmas based on noise complaints (even though the building was far away from any track homes, as well as being located by an open field). The vulnerability of their operation had always been known, but this shutdown was their toughest blow to date. It came out of nowhere, with no specific incidents occurring, rather an accumulation of people getting the wrong idea. The team had to evacuate the space so fast there was no time to digest the entire situation. 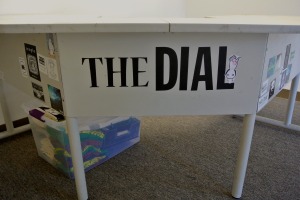 “…So we are trying to take this opportunity as a fresh start, while going through the right measures…”
There is much necessary legal paperwork that has been handled to ensure stability and assistance in keeping The Dial as a developing, blossoming organization. As of right now they are partnered with another business called Creator Space, in a new building just about five to ten minutes away from their previous location. Though, they are still looking for a permanent place to let their creative spirits rest. In the mean time, they are accepting any form of donations, in person, at events, or online at www.thedialcollective.org (with all donations, individuals will receive a tax refund).

“Creativity is a really cathartic thing. But to feel you have meaning in what you do, you need to be able to give back into the society of others who are exploring themselves on different levels.” 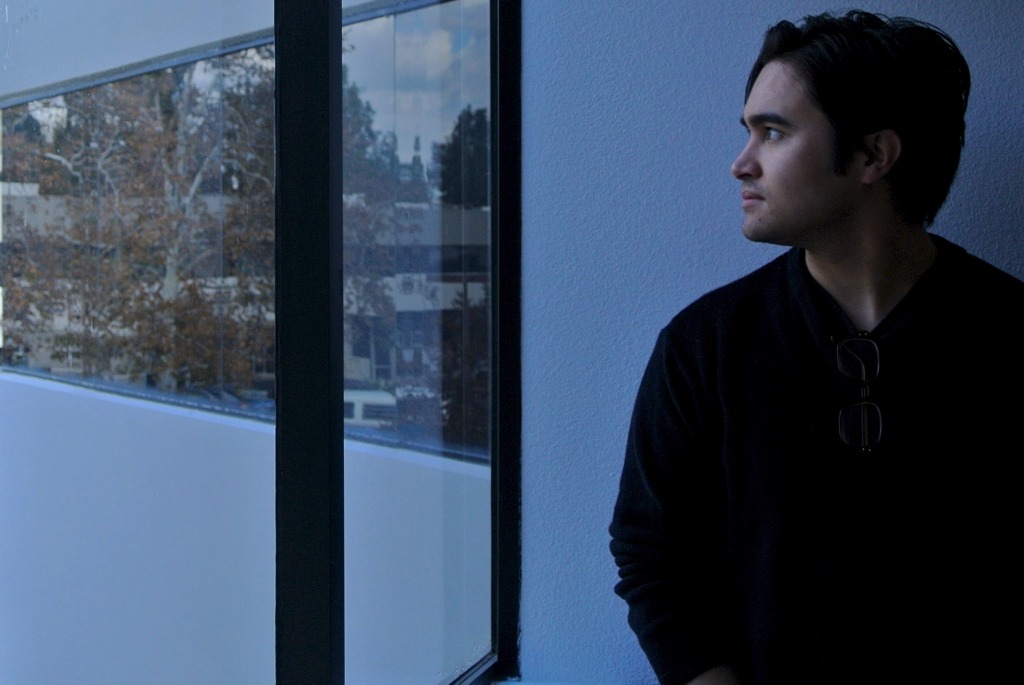 Kyle Napalan is a true inspiration: a human who possesses the qualities to not only touch the hearts others and allow their souls to flourish, but also a human who is able to lead others into following suit.
So there it is readers, please lend a hand in helping to cultivate a community. Whether it be with The Dial (www.thedialcollective.org ) or anything you may be passionate about. And most importantly, know that there are always people out there that care.

Please stay tuned for my final article in this chronicle, about a young female who continues to manifest her dreams into reality, with no end in site.