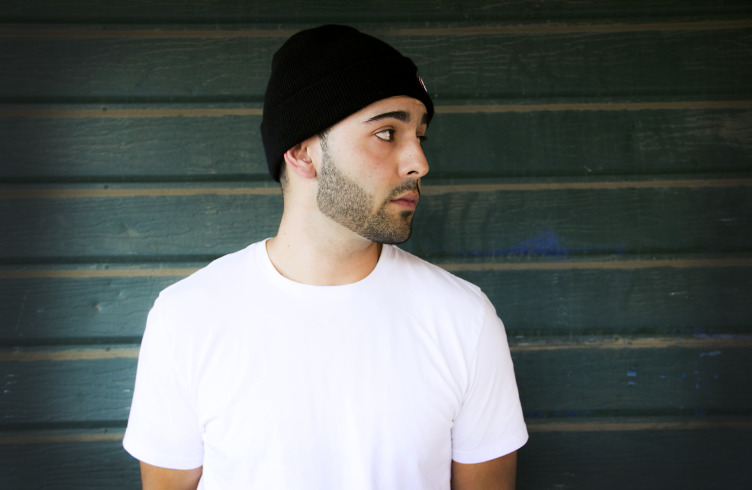 Transitioning from jewelry makers, to a canvas artist, and now a musician. Or maybe I would be better off saying lyricist, beat maker, rapper, singer, and producer. Yeah, that’s right, this guy can do it all…

Let me tell you a little something about this next interviewee.
He doesn’t just make music, he innovates it. He is able to transcend the boundaries of musical doors by transforming simple samples into harmonious tunes and painting words into a stroke of genius.

This is the guy who allured me to fall in love with hip-hop, the guy who flipped my perspectival switch on the genre entirely.

Ahmad Hussein Anwar, also known as LoveAnwar, stands tall at the ripe age of 25. He has resided in the city of Temecula, California since his teenage years. He mainly composes hip-hop songs, but never with a standard format.

Ahmad started listening to hip-hop around the age 11 back when he lived in San Diego, CA, where his cousins introduced him to ‘gangsta rap’ type music. He also used to visit family on the East Coast from time to time, where he was further introduced to a whole different kind of hip-hop; according to Ahmad, it was at that point he fell in love. He so vibrantly exclaims, ”That (experience on the East Coast) changed my whole outlook.” He points out that he listens to all genres of music, which covertly sums up his style, though he definitely derives from a hip-hop background. Ahmad believes that hip-hop doesn’t come solely from hip-hop; it was formed through a variety of other styles of music throughout history. His inspiration comes from an array of sources: people, reading, conversations, visual references, you name it. If something sparks his interest, he may perform extensive research on the topic of the matter or discover a beat just to match his mood.

This all being said, it’s culture that heavily influences Ahmad’s style. “Nowadays culture is so integrated…because we have the Internet. You can get connected with anybody from all over the world.” This ready connectivity warrants availability of music. Ahmad admits, “It’s a gift and a curse.” People seem to have all the music they need at the tips of their fingers…Or do they?

“You gotta swim to through the sewer to find clean water” as Ahmad so adeptly puts it. Just because the Internet provides essentially a world of tunes, many are not utilizing their resources to really research and investigate the true sources of good music. Ahmad states, “music is more valuable when you have to (get your hands a little dirty) and dig for it.” People in the suburbs seem to just follow what’s right in front of them, what’s mainstream…and just as this creative soul explains, what’s mainstream may not always be the cleanest stream to be following.

In Ahmad’s opinion, without availability of Internet it would be hard to access good music in Temecula. So why is it easier to find better music in the city then? “Because there’s more like-minded artistic individuals (residing there)…there are in the suburbs too…but it’s scattered.” “I think there’s a certain energy in big cities. Like Los Angeles, there are a lot of people who want to go there because there seems to be a good energy as far as creativity.” To my surprise, he does confess he likes the fact that living in Temecula makes the hip-hop culture a little more exclusive, though he wishes it were a little more accessible with education included. I guess that’s the downside to living in the suburbs, but at the same time it should give individuals a reason to push through the boundaries presented to them.
And according to Ahmad, pushing through the boundaries can mean either leaving town or staying in. It can be as easy as locking yourself in your room and gaining more connection with yourself, in hopes to create. But he also says, “You do have to get out of the dojo sometimes…Because sometimes if you’re in the dojo too long, you can lose outside motivation, which is necessary. You need to be out and see the world and then come back.” If all else fails, Ahmad states, “I’m not going to force myself. If I’m not happy or inspired by anything, I won’t write.”

So essentially, Temecula does get “too boring.” Ahmad declares it’s “plain, condensed, and is so comfortable that it get’s to the point where it’s uncomfortable.” He finds it to be a love/hate relationship…but it’s home. Every now and then he has to make his journey over to San Diego or Los Angeles to further be inspired, but there is always a point where he is ready to come back to his nest. He so agilely explains, “Sometimes when the canvas is too full there’s no room to add your own part.” And that is the opportunity that living in the suburbs presents…it allows for more room to make your own mark. The overall goal is to not stress out and find joy in what you do, no matter if you’re “the big fish in the little pond or the little fish in the big pond.” Everybody’s perception of success is different; “all of those material things…it can consume you.” It doesn’t always matter what car you’re driving, what house you’re living in, what kicks you have on today…“If you’re a fan of yourself, that’s all that matters. Everybody has their own method to their mayhem.”

I know this guy has been working on some incredible stuff with some absolutely incredible talent, so I’m ever so inclined to prod the truth out of him and ask what new projects he has been working on. Of course, to my dismay, he doesn’t confirm the information, rather he makes a clever joke:

How could you resist such a lively spirit?

We begin to reach final thoughts…and I inquire Ahmad how he feels about the path he is aligned with at the moment. Rather than directly answering my question, he poses another question he was asked the other day by a fellow friend: 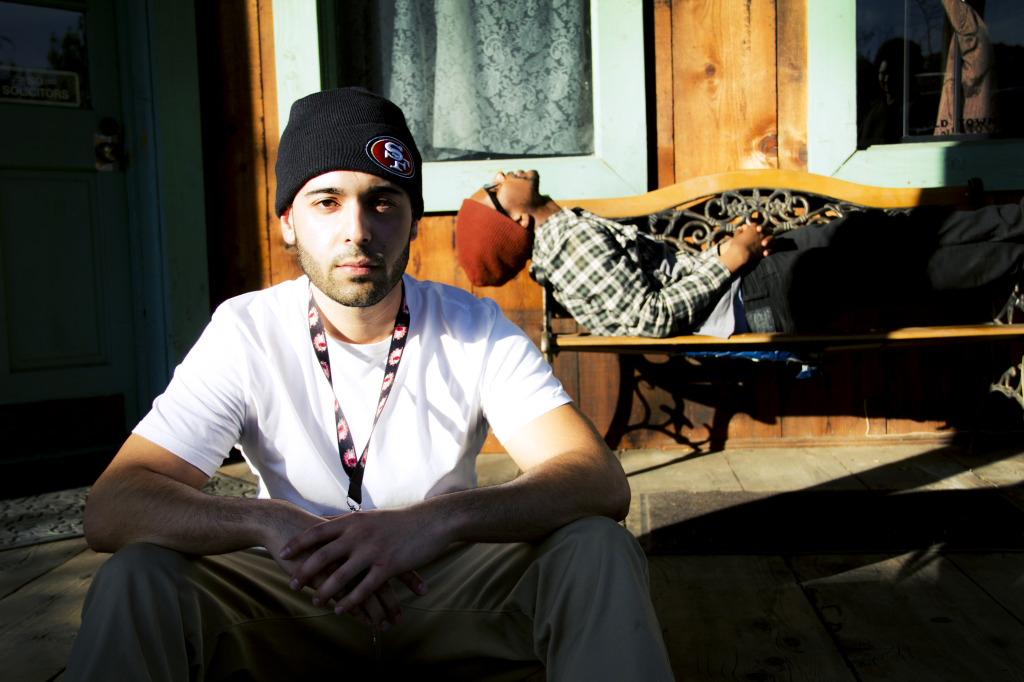